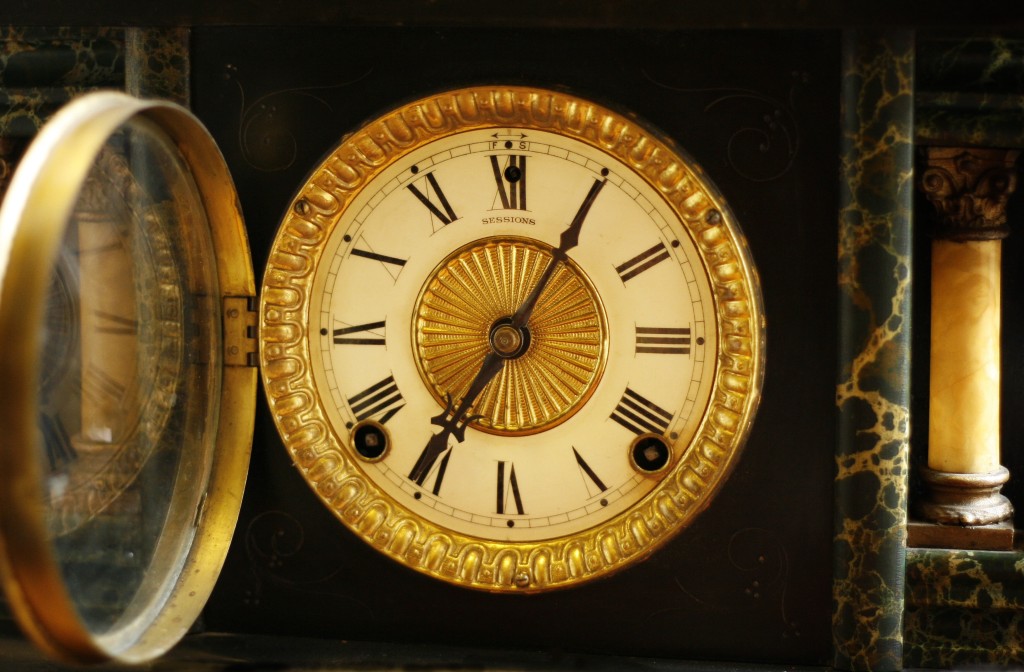 What happens when you have time…

Just like that, and without conscious thought it surfaced. I had been thinking back on some of the last few days and what I had accomplished.

There had been no need to rush out doing myriad errands watching the clock. Not worrying about being caught in peak hour traffic or be on time to pick up somebody. Instead, a refreshing pace which is good for the soul.

So what was one thing that was good for the soul….taking my time and discovering.

I had purchased a sweet cheap dress at Kmart because the material was strong and appealing and the basic lines were right. Except that I am tall and the dress too short for me.

So on and off over the space of a few weeks I was able to muse on how I could adapt this dress for me.. I thought of this or that and then acted. I enjoyed working out the strategies and in which order I would proceed…some hand sewing and some machine sewing..and all at no cost, which was a bonus!

Tried dress on again. …ok, I’ll add a double thickness band to bottom in the plain black poplin from my linen press/cupboard as a block colour. Pinned, tried on, sewed, pressed , tried on again.

OH!!.. Still not quite long enough when I move. OK…what now. Another band the same and it looks as if it’s meant to be so.
GOOD. Wait…now it’s a bit too bouffant round the waist. OK!…a belt. Like this? Or like that.

Another day…Show daughter and granddaughter. AHAH…a wider belt and pull up the shoulders so the underarm does not gape as much. Teen Granddaughter likes it….cool

Again…another day I find a link for an Obi belt tutorial by Mimi G on YouTube.

http://m.youtube.com/watch?v=ZxlYutzNBa4&desktop_uri=%2Fwatch%3Fv%3DZxlYutzNBa4q  (there must be a shorter link for this… hmm)

Anyway back to story . I made the belt from same black poplin and by watching the YouTube link, downloaded and printed the easy pattern. I made belt longer as I’m bigger than the petite presenter. I also saw how the lady fashioned a small tight rose with the ends of the ties to sit at the waist. It was so easy and classy. 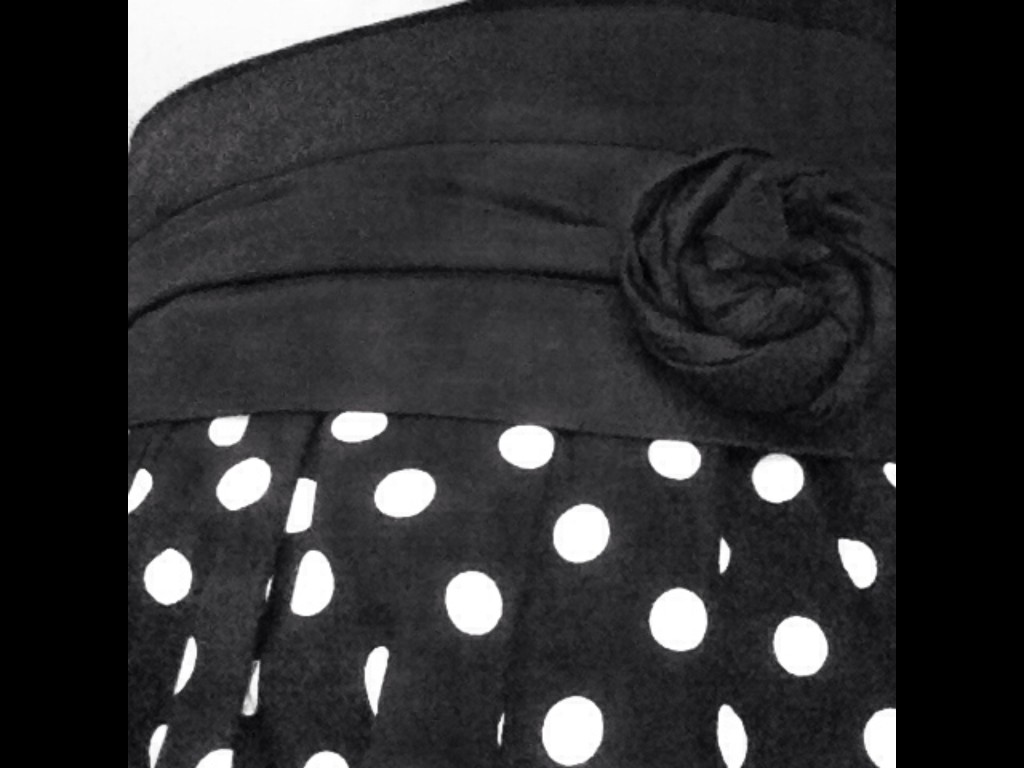 Ok, to the last bit. Taking up the shoulders on this sleeveless dress. Tacked it together how it should go and tried on again. 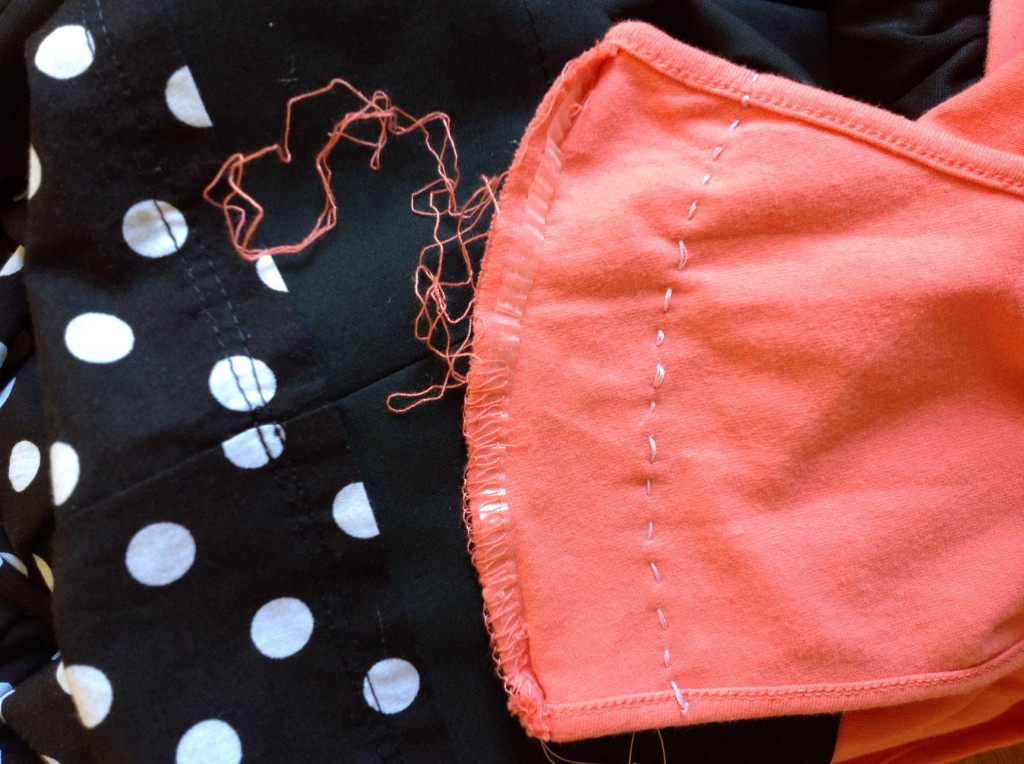 Unpicked and unraveled the salmon coloured overlock thread and removed clear plastic/nylon tape for reuse. I did this as I had no matching cotton in that shade. Now I had plenty of thread to handsew in tiny backstitch the shoulder seams….hand-sew you say…well there wasn’t enough thread to wind on a bobbin/spool. Instead of overlocking the seam I blended one thread of near match cotton with the ration size recycled thread and blanket stitched the raw inside shoulder seam. Just enough thread. Perfect! 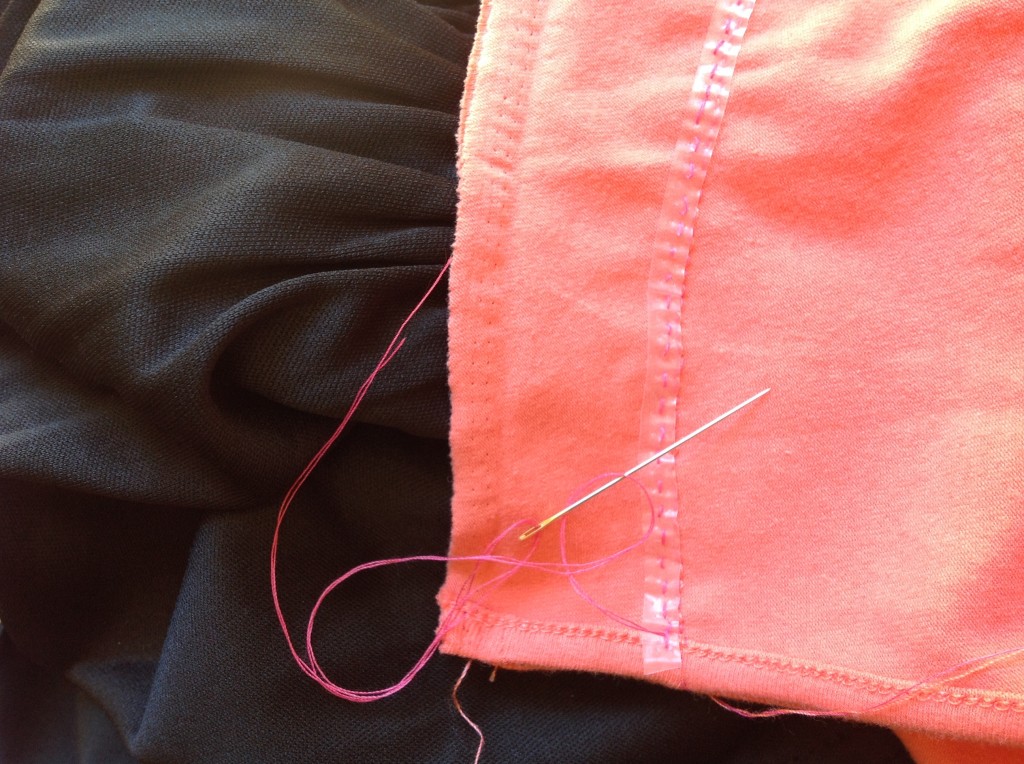 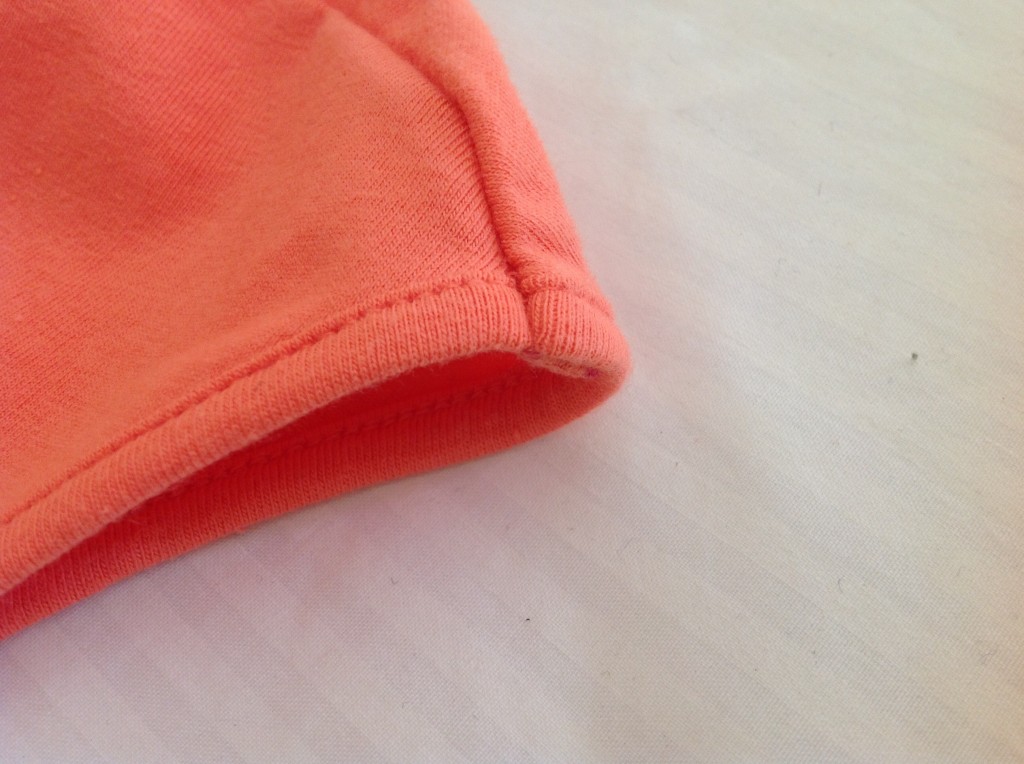 So what are some popular words being used at the moment…. Reuse, recycle, repurpose, redesign, thrifty, make do, be inventive.

All I did though was to take time, enjoy and use the skills that I have, learn some new ways of doing things, be inspired by others when all I wanted to do was to chop the top off this dress and turn it into a skirt!

Instead I finished up with a really nice and oh so comfortable summer dress. Please excuse my amateur photography styling skills won’t you. Also thanks to Deby from Sew So Easy for asking me for a photograph of the finished dress…. 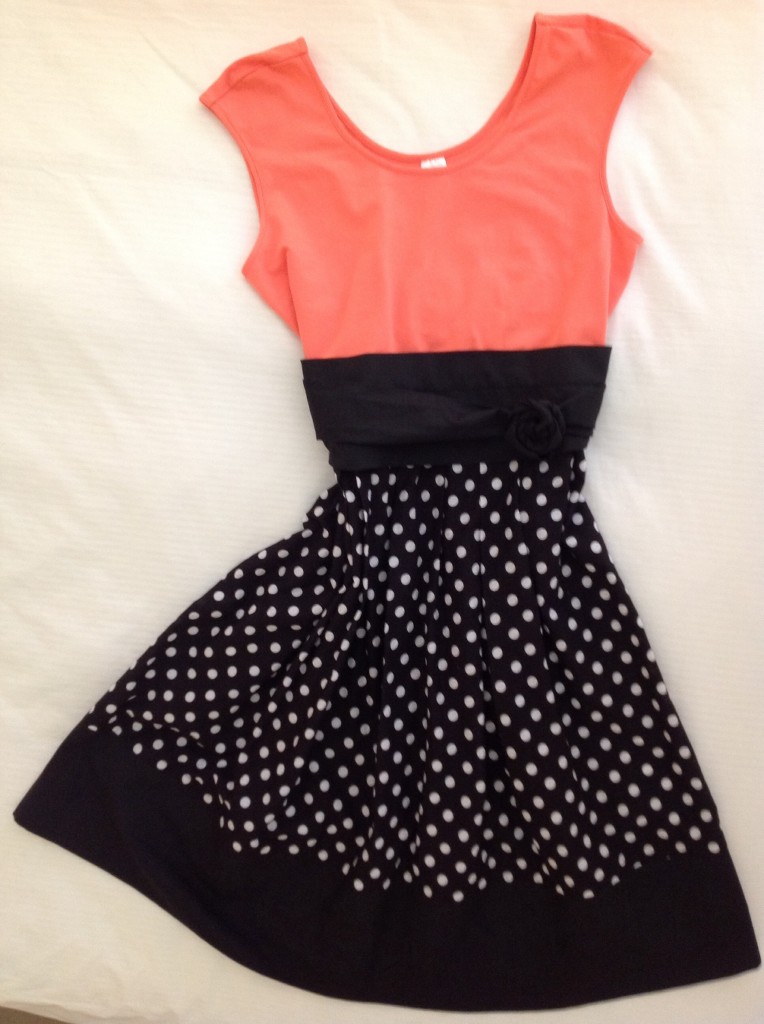 What are your inspiration moments?

They don’t have to be earth shattering. 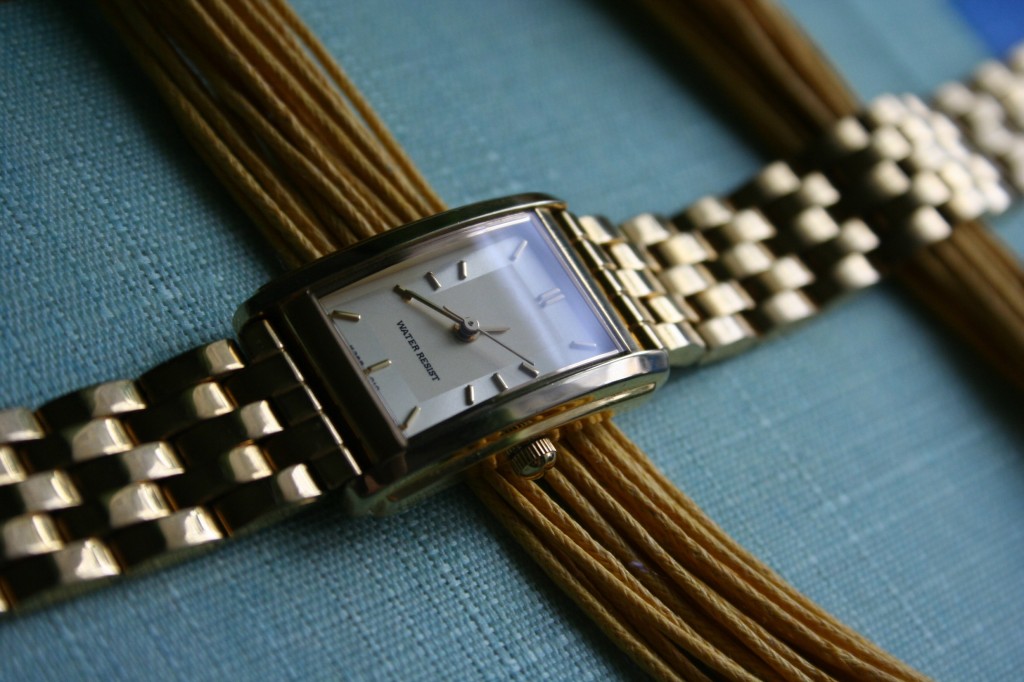 …but do give a gift of time

5 thoughts on “What happens when you have time”